Ortuzar Projects is pleased to present Maruja Mallo: Paintings 1926-1952, a survey of works by the Spanish artist. This is Mallo’s first exhibition in New York since 1948, and presents a selection of works produced in both Spain and Latin America.

Born in rural Galicia, Spain in 1902, Mallo moved to Madrid in 1922 to receive art training. She quickly became a central figure in the Generation of ‘27, an interdisciplinary group of the Spanish avant-garde that included Salvador Dalí, Federico García Lorca and Luis Buñuel. As one of few female artists associated with the group, Mallo quickly received fame for a unique and ambitious surrealism that was at once cosmopolitan and distinctly Spanish. Championed by the philosopher José Ortega y Gasset, who curated her first exhibition in 1928 at the offices of his influential journal Revista de Occidente (Mallo also regularly illustrated the covers of the magazine), her emergence in the 1920s is typified by the paintings El Mago / Pim Pam Pum (1926) and Escaparate (Maniquís) (1928).

After meeting the Uruguayan painter and theorist Joaquín Torres-Garcia in 1933, Mallo’s surrealism merged with an intensified interest in mathematics, structure and abstraction. This stylistic shift—through which she remained committed to local observation—is exemplified by an increasing interest in compositional clarity and the symmetrical distribution of forms (a mode that the art historian Estrella de Diego describes as “intellectual”). Some of her most canonical works, such as Arquitectura Humana / El Pescador (1937) and La Red (1939), emerged in dialogue with Torres-Garcia’s advanced theorization of painterly construction.

Mallo, like her contemporaries, was politically engaged in both art and life. In 1936, with the outbreak of the Spanish Civil War, Mallo went in exile to Buenos Aires. Encountering diverse and newly discovered urban and natural environments, Mallo’s work of this period is characterized by a newfound vibrancy and sensuality. Her Naturalezas Vivas depict marine and floral motifs in eroticized configurations. Mallo’s interest in the oceanic can also be seen in a series of 1945 photographs taken with Pablo Neruda (himself an avid collector of shells), in which Mallo appears as if having emerged from the sea. The Naturalezas Vivas formed the core of Mallo’s only previous New York exhibition, which took place in 1948 at the Carroll Carstairs Gallery.

Mallo’s interest in portraiture expanded in the 1940s and 1950s. Her portraits of women focus on the diversity of feminine beauty in a way that is both programmatic and observational. Her Máscaras, a series of disembodied masks, is similarly devoted to the typological exploration of difference and representation.

Mallo returned to Madrid in 1965. She was awarded the Gold Medal of Madrid in 1990, and the Gold Medal of the Xunta de Galicia in 1991. Since her death in 1995 she has been the subject of a major retrospective and publication organized by the Casa das Artes, Vigo and the Real Academia de Bellas Artes de San Fernando, Madrid (2010), as well as many solo and group exhibitions. Her work is in the collections of the Centre Georges Pompidou, Paris, France; Fundación José Ortega y Gasset, Madrid, Spain; Museo Nacional de Artes Visuales, Montevideo, Uruguay; Museo Nacional de Bellas Artes, Buenos Aires, Argentina. Her work is also in the collection and on permanent view at the Museo Nacional Centro de Arte Reina Sofía, Madrid, Spain. A catalogue raisonné of Maruja Mallo’s paintings is being prepared by Galería Guillermo de Osma, Madrid, Spain, for publication in 2019. 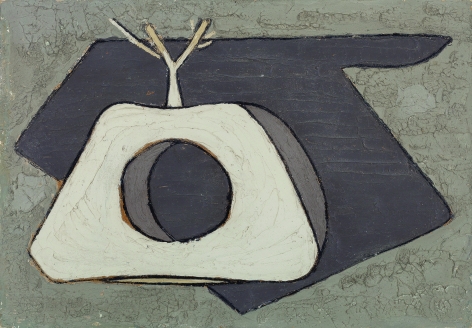 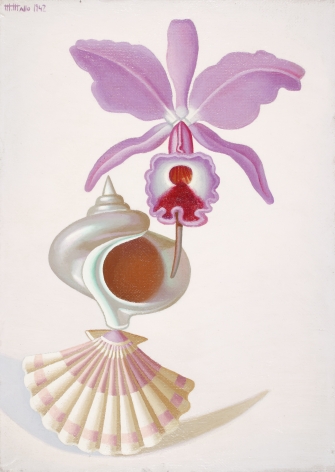 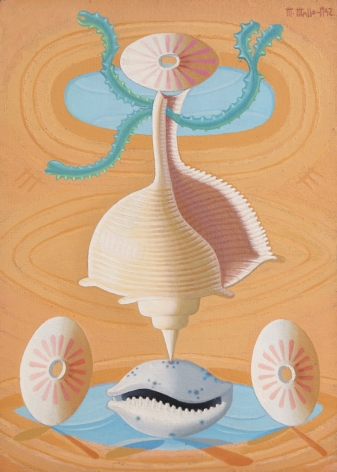 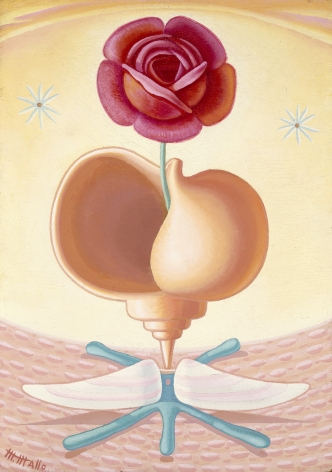 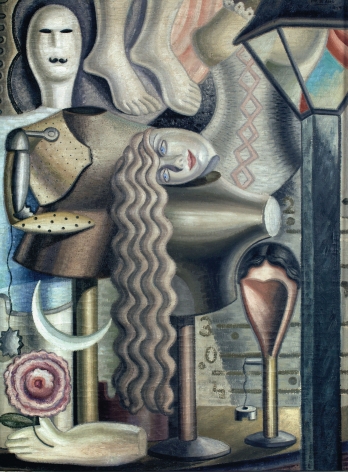 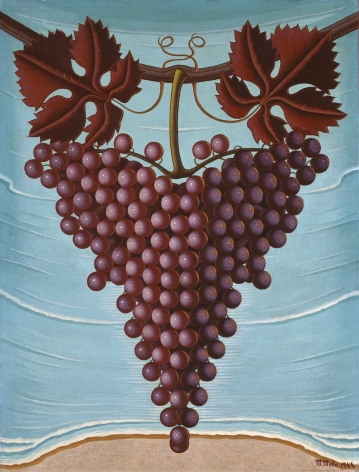 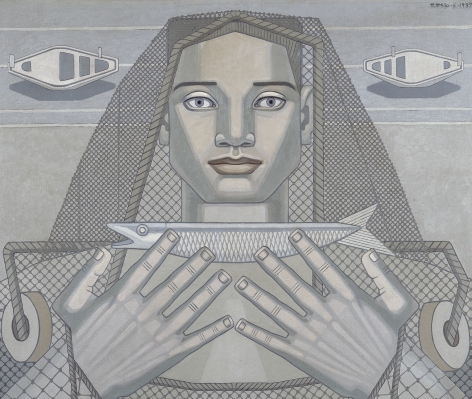 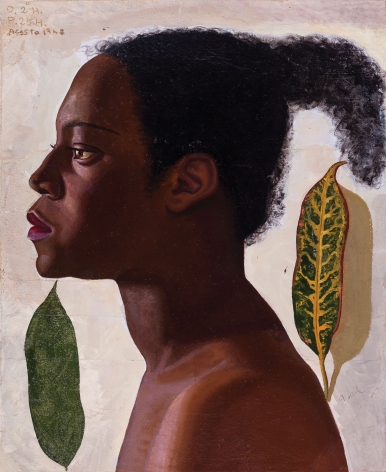 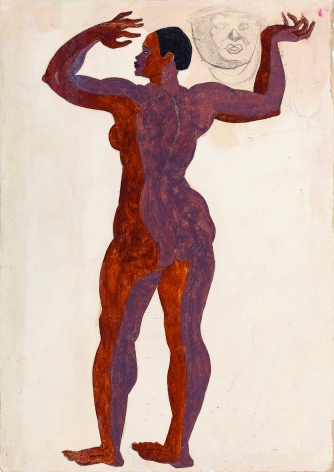 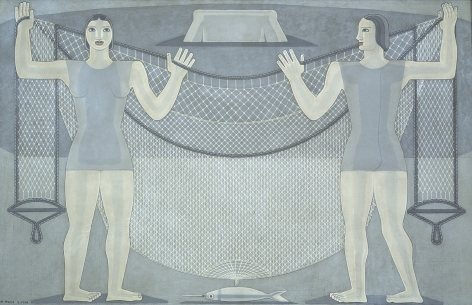 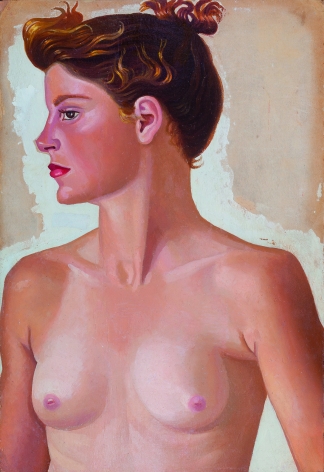 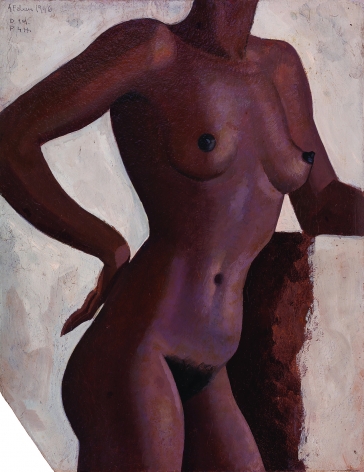 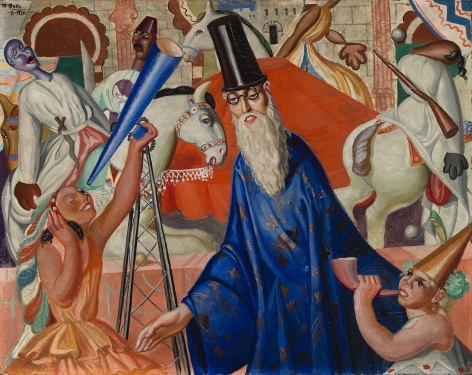 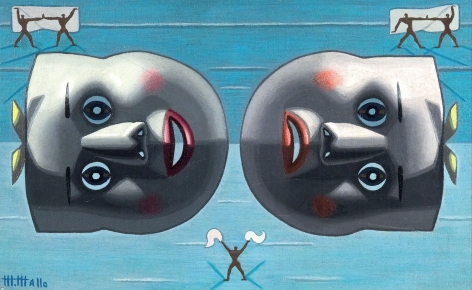 The Works of These Female Surrealists Resonate Now More Than Ever