The exhibition features a series of early works on paper, a selection of canvases from the decade the artist lived in Paris (1964–1974)—where he came in contact with European artists and developed his signature style—and a small group of late works produced after his return to Japan. Emerging in an era of increased global internationalism, Hiraga’s oeuvre eluded categorization within his own lifetime, either through clear-cut art-historical movement or cultural identity.

Raised in Morioka, north of Tokyo, Hiraga graduated from Rikkyo University in 1958 but was quickly drawn to a nascent artistic milieu that emerged during the social reorganization of postwar Japan. His works from this period experiment with line and color, tracing the anomie of contemporary urban life. Delicately executed in ink, these calligraphic outlines of abstract forms and intersecting figures have been compared to Dubuffet’s work. They anticipate the artist’s later canvases featuring emotionally entangled and ambiguously gendered characters.

In 1964 Hiraga participated in several exhibitions for young artists and won a yearlong study grant in Paris. Two paintings were included in The New Japanese Painting and Sculpture (1965–67) organized by the Museum of Modern Art, one of which was purchased for the museum’s collection. These works—reminiscent of Window, 1968, on display here—juxtapose compartmentalized scenes, recalling a comic strip, and perhaps also the voyeuristic possibilities offered by the high-rise buildings sprouting up throughout Tokyo at the time.

Arriving in Paris in 1965, Hiraga’s affinity for burai—a loose group of Japanese writers critical of the conventions of consumer society—soon descended into a delirious decadence, encouraged by the nightlife of the European capital and relaxed sexual mores. This transition is indicated by a decisive shift from calligraphic line to vibrant pattern and color. In temporally overloaded scenes a dissipated figure with purplish, speckled skin—a comic double for the artist, as in Untitled, 1967—strokes, grasps or else infiltrates supple breasts, voluptuously splayed limbs, and blooming orifices. Several canvases in this significant series, often titled The Elegant Life of Mr. K or The Elegant Life of Mr. H may also riff on the 1963 Yamaguchi Hitomi novel mocking the aspirations of 1960s Tokyo society, The Elegant Life of Mr. Everyman.

After returning to Japan in 1977 the psychological and figurative intensity of Hiraga’s compositions subsided, while his use of strong color remained. 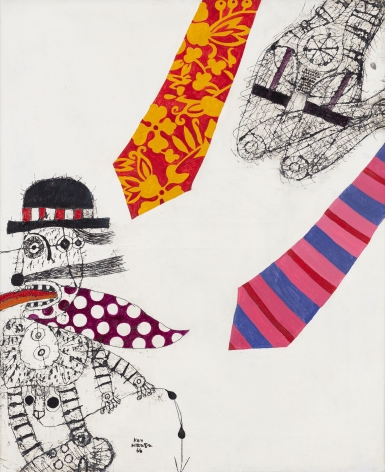 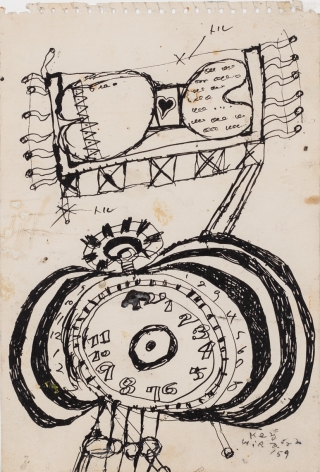 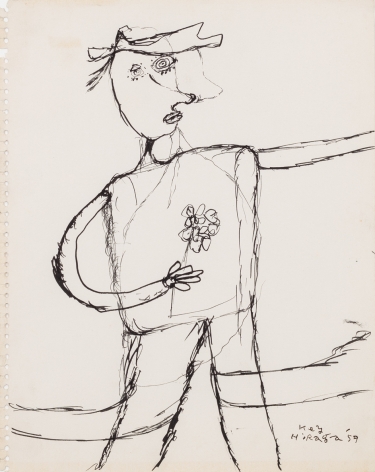 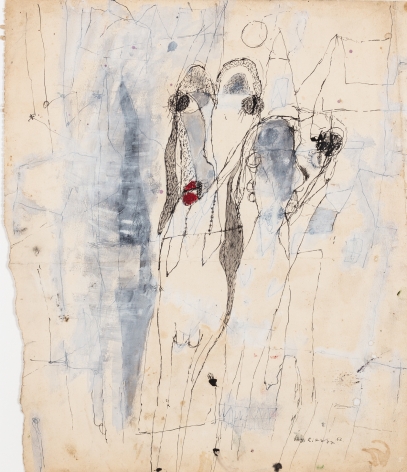 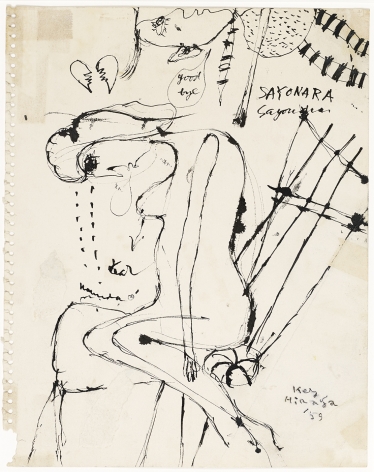 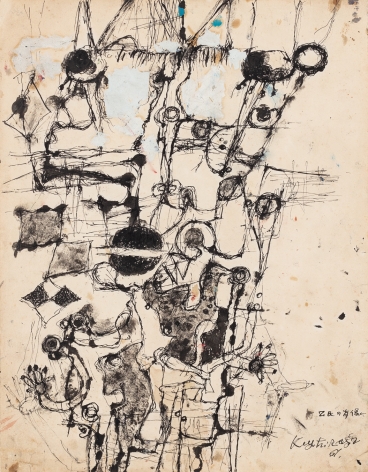 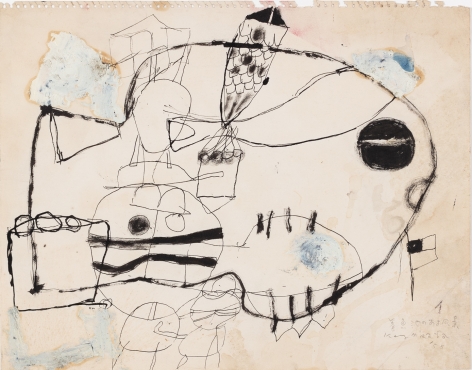 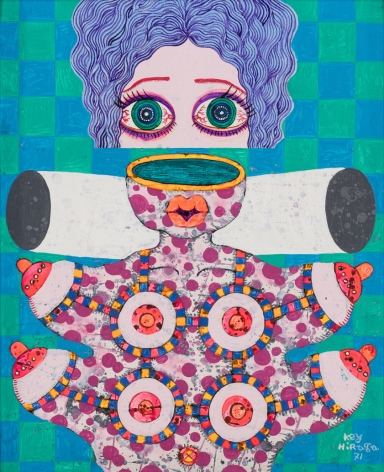 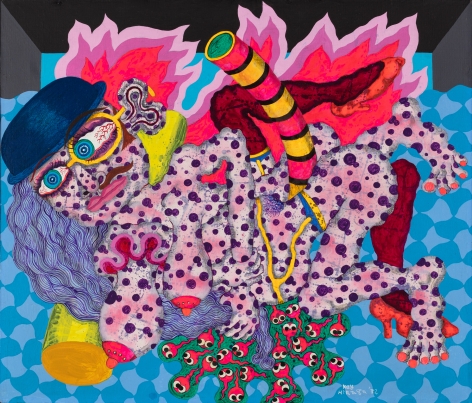 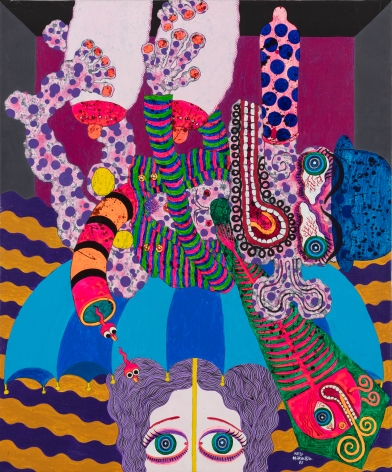 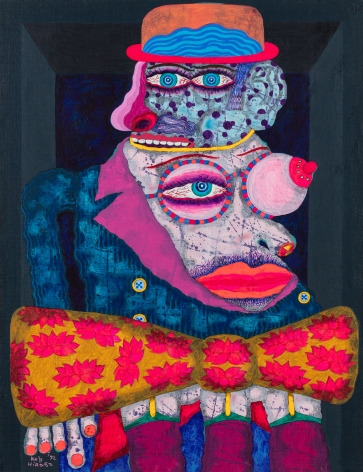 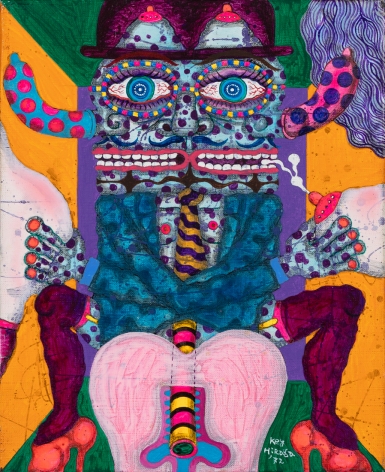 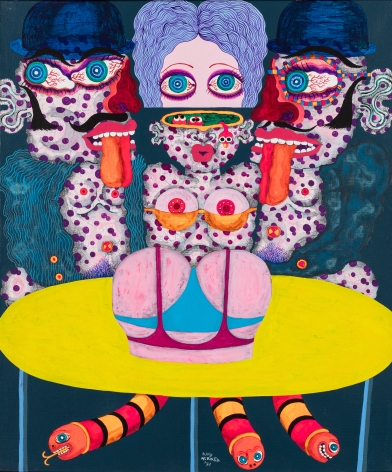 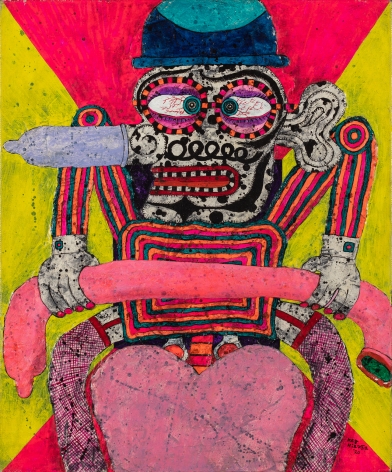 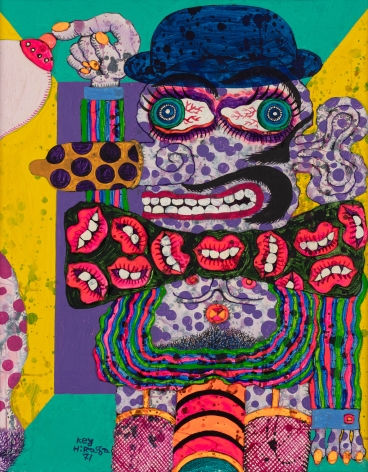 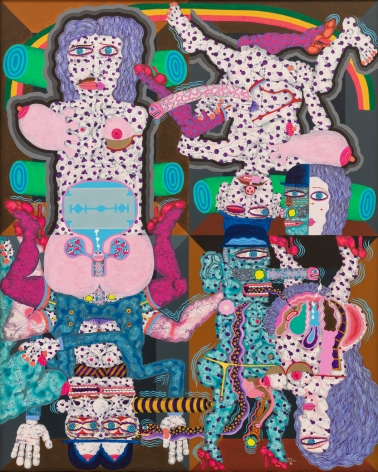 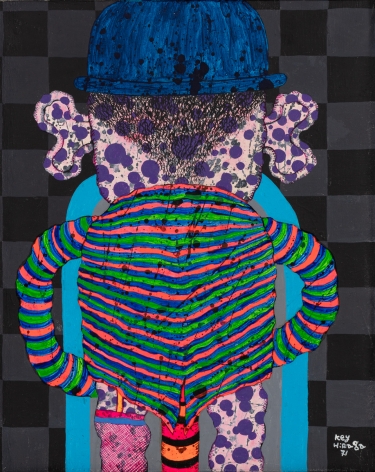 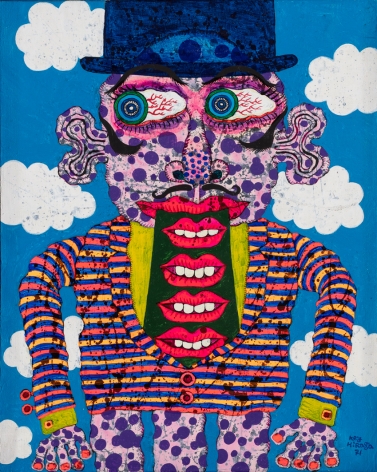 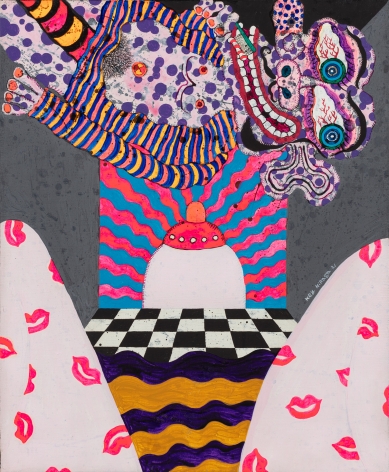 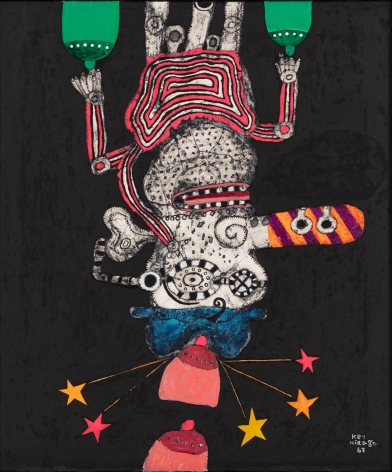 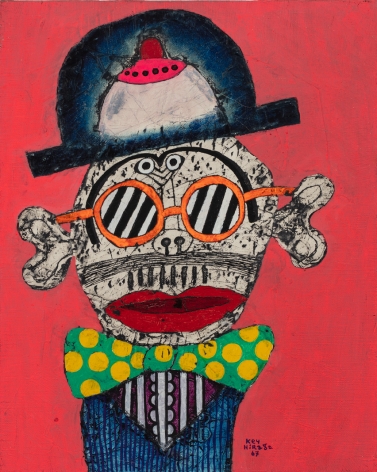 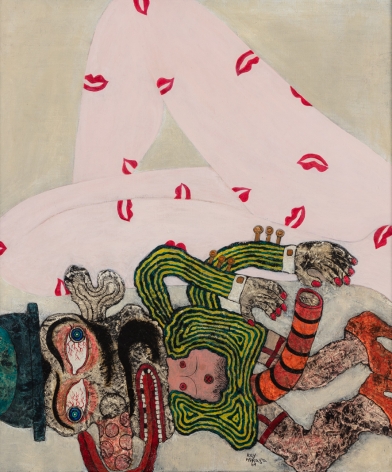 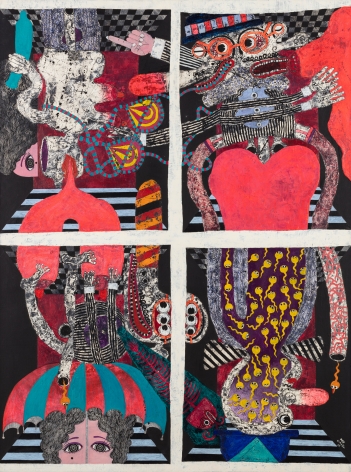 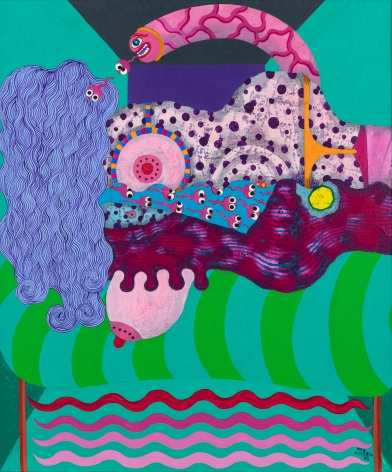 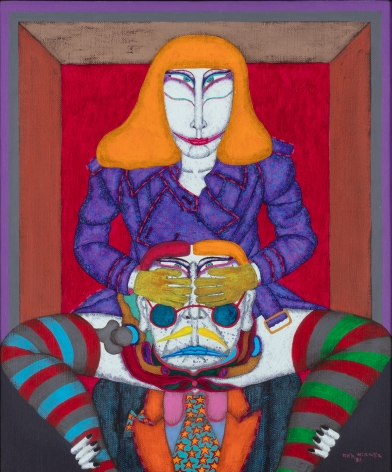 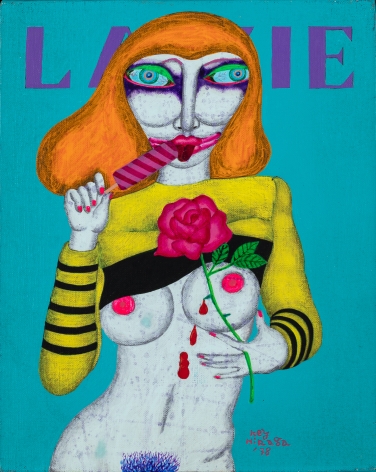 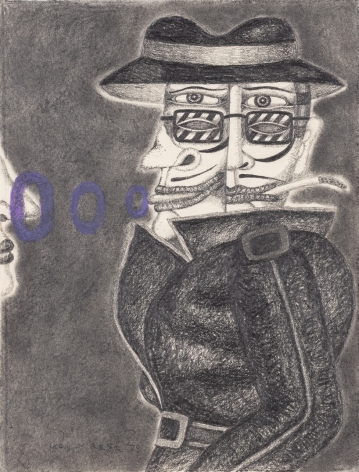 Key Hiraga by Will Heinrich